Stop me if you’ve heard this one before: A survival horror FPS with RPG mechanics and a focus on stealth, set in the ruins of the Chernobyl Exclusion Zone. No, I’m not talking about S.T.A.L.K.E.R., it’s Chernobylite, the latest offering from the Polish developers The Farm 51. There’s really no denying it, Chernobylite is a shameless knock-off. Still, I’ve always insisted that originality is overrated and that there is nothing inherently wrong with refining and expanding on an existing concept. Indeed, Chernobylite is an unusually good example for this maxim, because while its premise and setting are as unoriginal as they come, it does use these familiar elements to tell an interesting story.

The game follows Igor, a Soviet scientist who worked at the Chernobyl reactor along with his wife, Tatyana. Shortly before the reactor went critical, Tatyana vanished under mysterious circumstances. Years later, Igor began to have visions of his lost wife - with her telling him that she was imprisoned in the old reactor - and called him back to rescue her. As it turns out she’s being held captive by NAR, a huge corporation that believes Tatyana and the nuclear waste from the Chernobyl reactor hold the key to unlimited energy.

Obviously, the heavily armed mercenary army NAR has recruited to handle their security, isn’t going to just let Igor walk in and abscond with his wife. He needs to formulate a plan, gather resources for the operation, and recruit allies to his cause. Fortunately, NAR has made plenty of enemies among the denizens of the exclusion zone, and with a bit of effort, Igor can rally a team of mercenaries, criminals, madmen, and pariahs to his cause.

Here the game’s writing really shines, as each of your teammates has a distinct and compelling personality which they show both on missions and when they are hanging about in your base. From the serious mercenary Oliver who is hiding both past tragedies and ulterior motives, to Mikhail a thrill-seeking adrenaline (among other substances) junkie that is quick to laugh and quick to be sent into a homicidal rage. My personal favorite though is Tarakan, a mystic-minded tech savant who believes mankind is locked in an eternal war with an evil force he calls “The Rat King.”

Still, as much as I love these guys I’d be lying if I said it was easy to work with them. Some of their personalities are grating and fractious in the extreme. The more unhinged of your allies will constantly test you with impossible tasks and demand you take insane risks. Keeping everyone happy all the time is effectively impossible. Unfortunately, you’re going to have to try because when the time comes to raid the NAR headquarters and rescue Tatyana you’re going to need each of their individual skills.

Indeed, the final mission of the game compares favorably to the Suicide Mission at the end of Mass Effect 2. All the allies you’ve gathered and all the tools you’ve assembled come into play. If you go in well prepared and keep your head about you while working your way through the various defenses, it can go as smooth as butter. In my case, I didn’t even have to shoot anyone before I made it to the heart of the reactor. If you go in half-cocked expect a slog through nigh-impossible odds.

Life in the Zone

Most of the game is spent preparing for the final mission with a simple gameplay loop. You’ll wake in the morning in your base of operations and decide which mission you’re going to tackle today. While you’re there you can also send out your teammates to scavenge resources or scout out future story missions. When you get back at night you divide up the food between Igor and his teammates, add on expansions to your base, turn raw resources into ammo/healing items/weapon upgrades, and get training from your allies to unlock new abilities.

Combat is something you’re going to want to avoid, especially at the start of the game. Initially, you’ll only have a pistol with six bullets and until you unlock some skills or upgrade the gun itself, it’s going to hit like a pea-shooter and recoil like an elephant gun. Eventually, you’ll get better guns as well as the experience to use them effectively and frontal assault will become a viable option, but even then, in most cases, it’s better to sneak around as bullets and healing are non-renewable resources.

I appreciate this because most FPS games with stealth mechanics treat stealth as an afterthought rather than a core part of gameplay. When I get spotted in Wolfenstein: The New Order or Far Cry 5, I’m not overly concerned about it because I know I’ll be easily able to blast my way out of any opposition I come across. In Chernobylite on the other hand, I found myself often locked in tense situations where I was hiding in a bush, praying that the enemy patrol passing by would overlook me.

However, you’ll never just have to worry about the enemies, collecting resources is often just as vital to your survival as avoiding conflict. Even on normal survival difficulty, there will be days when you just don’t have enough food for everyone. Consequently, there are going to be times where you’ll be forced into combat just because the guards happen to be patrolling an area where there are a few loaves of bread lying around. Although food is the most pressing concern, every resource sprinkled around the exclusion zone has a use, whether it is for making healing kits, spare ammunition, or just upgrading your base with a mechanic that has been lifted wholesale from Fallout 4.

Rough Around the Edges


It’s obvious that some corners have been cut in Chernobylite’s development. Characters keep their gasmasks on at all times, ostensibly because of toxic air in the exclusion zone, but mostly because the developers don’t have the resources for facial animation. Maps are constantly reused, as there are only a handful of locations in the game which the story mission send you back to again and again. What is this, Dragon Age II? At least they are all fairly detailed and nice to look at, still, when you’re sent to the same apartment complex for the third mission, you’ll begin to get sick of it too.

Then there are the bugs. To be fair, for a Eurojank game Chernobylite actually holds together pretty well. The year and a half it spent in early access has evidentially not gone to waste. Indeed, given how busted some major releases are on launch you could even get away with calling Chernobylite polished and complete. Still, there are some issues with mission events triggering when they should; in one case I had to reload an autosave and replay the whole mission from the start because Igor wouldn’t acknowledge the scientist that was standing two feet in front of him. The enemy AI also bugs out from time to time, the most notable one happened for me when I ran into a group of five soldiers who didn’t react or move when I went around picking them off, one by one, with headshots. Still, these issues never rose to anything more than fleeting annoyances, and Chernobylite does a masterful job of drawing you in with its story, characters, and core gameplay loop. It’s well worth checking out, even at full price.

Strong writing and characters, Genuinely tense moments of survival and stealth, Base building is a lot of fun.

Premise is obviously a knock-off of the S.T.A.L.K.E.R. games, Only a handful of maps that get reused constantly,Some significant glitches 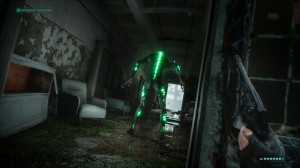 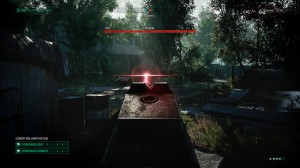 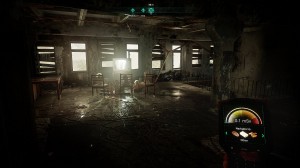 The Settlers to return to PC in March

Rugby 22 scores a try with a new gameplay video

The 22nd module for the Neverwinter MMORPG