As a certain sniper in Team Fortress 2 would say: "Sniping’s a good job, mate". This sentiment also rings true in Sniper Elite 5, the latest in the long-running Sniper Elite series, developed and published by Rebellion Developments. While the gaming market has always been flooded when it comes to more casual "run-and-gun" style first-person-shooter games, the same can’t honestly be said for those seeking a somewhat slower-paced tactical experience.

The Sniper Elite franchise has always seemed to prefer adhering to a "middle ground" design philosophy, constantly aiming to please both casual players and diehard tactical enthusiasts alike, generally with mixed results. Sniper Elite 5 is no different in this regard.

An area where this approach is best illustrated, as was also the case for previous Sniper Elite titles, is the developers’ implementation of a custom difficulty system. This system allows players to create their own custom difficulty setting, by adjusting various gameplay modifiers, such as enabling or disabling health regeneration, adjusting how aggressive you want enemies to be, increasing or decreasing the amount of loot dropped on enemy kills, etc.

That said, while the degree of difficulty customization is commendable, it is mildly disappointing that, in a score-driven game, where players are motivated to perform at their best as a sniper, adjusting the game’s difficulty up or down appears to have no noticeable effect on XP gain. This is something that other similar stealth-based games, such as 2014’s Thief reboot, developed by Eidos-Montréal, have already implemented.

One of the first things that’ll jump out at you when you start playing through Sniper Elite 5's campaign is how enormous the (mostly) open-world maps are, and the many distinct areas within them provide a decent range of opportunities, depending on your preferred playstyle. Players will be tasked with a limited number of mandatory objectives to complete before retreating to an extraction point. However, for those seeking additional challenge, there are always side objectives, (usually only 2-3 on average, with some levels offering more,) which will grant the player secondary sources of XP and opportunities to unlock items like weapon attachments and collectables.

The variety of objectives is very limited. While there are a few exceptions, most of the time you'll be alternating between assassinating high-value targets, blowing up enemy equipment, and stealing enemy intel. While having a limited number of objective types isn't necessarily a deal-breaker, it often can be when you also take into account the fact that accomplishing them will often require you performing the same exact action each time. (Strap an explosive device to the anti-air gun, walk to a marked desk to get intel, etc.)

The unlock system, arguably one of the most important gameplay-affecting systems in the game, as the ability to modify your rifle and other weapons to meet changing situational needs is rather important for any sniper, is another area that feels lacklustre at best. Instead of encouraging and rewarding players for genuinely exploring the map, all one has to do to unlock everything is just run to a specific crafting station, and you’ve got an instant unlock. Exploration is treated less like something the player should want to do, and more like something the player is obligated to do. And considering this is how each level's objectives are already structured, seeing this approach likewise enacted for collectable hunting drains the fun out of the search.

The levels themselves are often a mixed bag. While there are a fair share of obvious invisible walls, and far too many buildings that are unexplorable static objects, there is a lot to enjoy when it comes to the setpieces. Whether you’re sneaking through a tank-guarded village in broad daylight, or ziplining your way across enemy lines into an enemy fortress under the cover of night, the spectacle quality here is often commendable.

Not as easy as it looks

However, navigating your way through said level without alerting enemies is often far easier said than done. An obvious statement, of course, but the catch is that it's not the enemy positioning or other external factors that often trips the player up, but oftentimes just frankly bad or broken stealth mechanics. The cover system, which normally would allow a player to take cover from enemy fire behind static objects, more often than not will not work as intended. Despite the player tapping the crouch button behind an appropriate cover, sometimes the "entering cover" animation will not initiate, resulting in the player character either still standing or crouching out-of-cover. If you happen to be under attack at that moment, this issue will result in you taking additional damage and potentially dying.

Likewise, the game suffers from a number of other gameplay issues, such as a lack of visual information concerning what objects the player can or cannot climb or vault over. There were many moments where the option to vault over a specific section of wall or barrier would not appear, despite identical sections of said static item nearby allowing for said action. The worst among these was regarding the sniping itself. There were many instances where, due to bad hit-boxing or invisible walls, your bullet would not hit an enemy even if you were zoomed in on their skull, with the red marker indicating your aim was true, if they happened to be hiding behind a bush or other vegetation. Leaning around corners while scoped would sometimes produce similar results.

To Sniper Elite 5's credit, it is, overall, incredibly well-optimized. While there is the rather rare instance of stutter when initiating a cutscene, the gameplay itself ran quite smoothly, hardly ever dipping below 60 fps, and never for any length of time. Odds are if you’re running Sniper Elite 5 on any mid to high-range setup, you should experience no major problems, which is saying something these days when it comes to mainstream AAA game releases.

More of the same

Sniper Elite 5 is a perfectly competent fresh instalment in the longstanding series. It succeeds in carrying over much of what most people loved about the previous games. However, its near-exclusive focus on iterating rather than reiterating often works against it. If you loved past instalments, you’ll probably enjoy this one. However, for those put off by previous Sniper Elite games, Sniper Elite 5 won't be the game to draw you back in. Sniper Elite 5 feels less like a sequel to Sniper Elite 4, and instead more akin to a rather large expansion DLC for said predecessor. 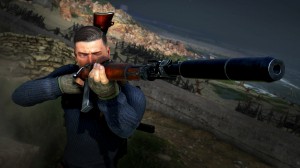 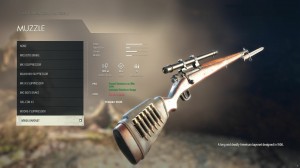 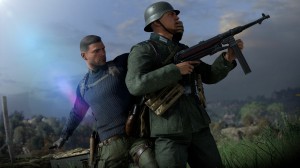 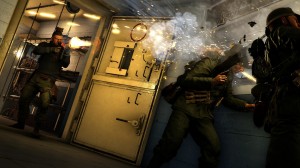 The Dark Pictures Anthology: The Devil in Me

Hollywood horror, warts and all

An update to a galaxy far, far away.

Away From Keyboard - Magic: The Gathering - The Brothers' War