Anti-heroes with a Deck of Cards

Deck of Ashes is one game in a long line of releases over the last few years for the genre “deck building rogue-like card games.” It is a booming game genre that has a lot to offer, but does Deck of Ashes make the list of “must-tries” in this relatively new line of games?

In Deck of Ashes, you get the chance to play four different characters and follow intertwined, but individual story lines. Each character was part of a group of anti-heros called “The Outcasts” who are all on separate missions to confront “Lady Death”, a grim reaper type character responsible for some amount of suffering each character endures.

Players start with a simple deck of cards that match the outcast’s abilities. For instance: the fire mage focuses on cards that “burn” the opponent and is relatively aggressive in her approach, while the rogue starts out with cards that emphasise poisoning and dodging. The starting decks are well thought out in that they provide the player with a clear idea of the different types of decks they could build. Should I start upgrading my poison-based card, or go all in on buffing up my speed?

The actual combat is played with a hand of 7 cards, each card having a mana cost. The player is provided with 5 mana to use each turn. This is all pretty standard for a deck builder, but a major twist comes in when you run out of cards. Instead of just reshuffling your deck, you have to damage yourself to get a small, random assortment of cards back. This provides for interesting gameplay in that you need to decide when the appropriate time is to reshuffle your deck.

The game is played across 4 regions. Players start each region in an encampment where they can upgrade their stats, create new cards, purchase new card “recipes” and prepare for battle. Once players have done all they can in the encampment, they can venture out into the world. Each region is a map covered in icons. The icons can be battles, events, dungeons, or resource spaces. Players travel around gathering resources and Ash - a currency used to create and upgrade cards.

Coming back to the encampment with a huge haul of goods to upgrade my character and cards was exciting. Since I found myself at the camp so rarely, I was able to greatly upgrade my character’s skills via a set of skill trees provided by each NPC in the camp. Unfortunately, the skill trees themselves are extremely simple. Traits involved with resurrecting yourself and decreasing the cost of resources tend to immediately make the game much easier, while other upgrades are so specific that they may never be used.

By the end-game, I found that the major traits and cards that made the game easier ended up feeling overpowered. I was able to use the same card combos and strategy no matter the opponent. The type of monster present in a region from level 1s to the boss did not affect my play style at all.

As players continue to make their way to and from the camp, each movement counts as one in-game hour. As time moves, a meter at the top of the screen shows how close you are to being found by the ruler of the region. Once they find you, the boss battle in this region begins.

The first half of my time in each region involved free exploration, but it was also challenging to venture too far out from camp without risking getting demolished in harder battles. The need to go back to camp, heal up, and replenish your deck just as you are delving into interesting portions of the map breaks the flow of exploration. There are even dungeons you can dive into for a plethora of resources, but many times the risk of dying or becoming extremely injured right before a boss fight outweighs the rewards gained from clearing a dungeon. As the boss got closer to finding me, I tended to be more cautious so as not to end up with extremely low health by the time they came. If I felt well prepared before the meter was full, I would just walk back and forth on a safe part of the map until the boss got there instead of exploring the world around me.

It is obvious that the team behind Deck of Ashes took heavy inspiration from Slay the Spire, a deck building rouge-like game from 2017. The map and mechanics for moving between spaces as well as the general tone of the game are almost identical. Even with the addition of some interesting mechanics, Slay the Spire does almost everything better than this and provides for clearer and more rewarding gameplay.

From the opening cutscene to now, I have found the writing to be silly and uncomfortable at times. The story lines and characters reminded me of a poorly put together campaign of Dungeons and Dragons. Shallow story-arcs, poorly explained lore, and half-baked NPCs.

Although I enjoyed some of the environmental art and creative looking monsters, this was dampened by the issues I had with their depiction of women. Every single woman in this game is in scantily clad bikini armor. It doesn’t stop at the art either, the dialogue between one of the characters and the NPC tasked with healing devolves into how enamored she is with you. She has no drive besides just wanting to be nice and fawn over you. I understand that the characters you are playing are supposed to be “the bad guys”, but seeing as their backstories are so shallow already, the dialogue with others comes off as cringey writing instead of developing the characters and story in any meaningful way.

Time to Boot up Slay the Spire

Although there were portions of the mechanics and cardplay that I enjoyed, I can’t get past the shortcomings of the story and lack of strategy needed in the late game. Even if those story beats did not turn me off from this game, I would still recommend anybody looking to get into this style of card game to get Slay the Spire instead. On the other hand - if you don’t mind leaving roguelikes behind, take a look at other genres of deck builders: Check out Signs of the Sojourner, a story-driven deck builder about building relationships and having conversations. Or go back to where it all began - grab some friends and give the online version of Dominion a shot, the physical card game that invented deck building. There are so many fantastic deck builders out there and Deck of Ashes just isn't one of them. 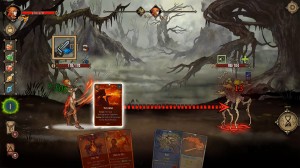 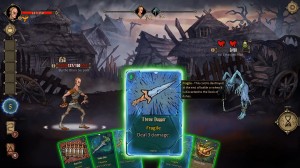 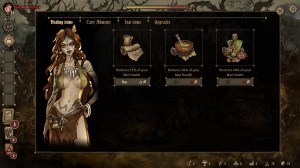 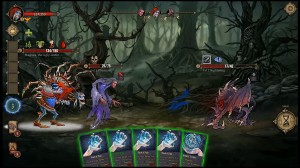 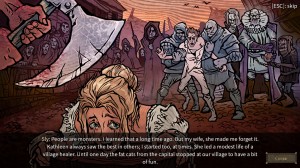 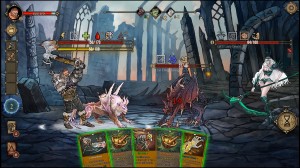 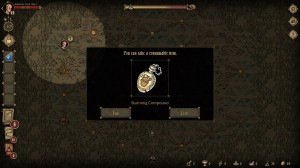 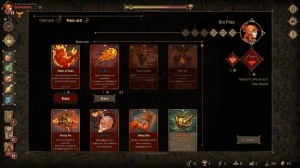 Build your own course

QuakeCon at Home now on