In the past we’ve had the pleasure of being present at PAX AUS, but with the advent of the COVID-19 pandemic, events where people congregate have become prohibited. As a result, the team the normally runs PAX AUS, PAX West and EGX decided to bring the events to the masses as a virtual expo. And like all previous incarnations of those events, gamers had the chance to play some of the latest indie games via the RAX Rising area of PAX Online. Although the small teams who have put their heart and souls into their games didn’t get to personally showcase them, they still got the chance via Steam Demos. We at Hooked Gamers (as we do every year) take a look at some of our favourites on show during the event… 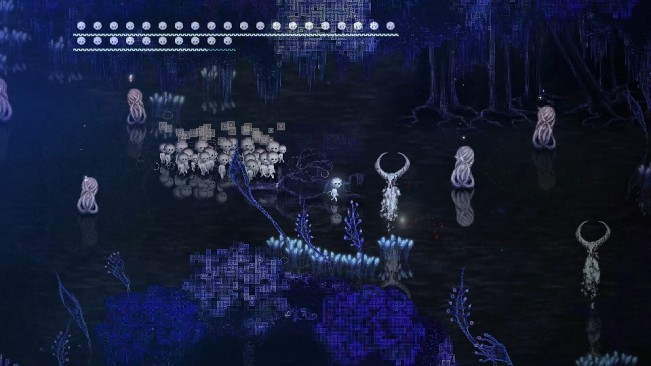 Developed by a husband and wife team, Dap has players controlling a character known as a Dap. Gamers must navigate the lone Dap through a series of swamp like locations to save fellow Daps who can then follow him around and help with the puzzle solving quests.
Although the visuals have an old-school pixel like style, a wonderful atmosphere is set by the haunting yet relaxing background music as you explore the dark swampland and lush forests in search of Daps, mushrooms and fires – which act as a safety area for the Daps in the dim locations. Dap offers a nice blend of Pikmin style adventuring and puzzle solving with some simple combat thrown in for good measure. 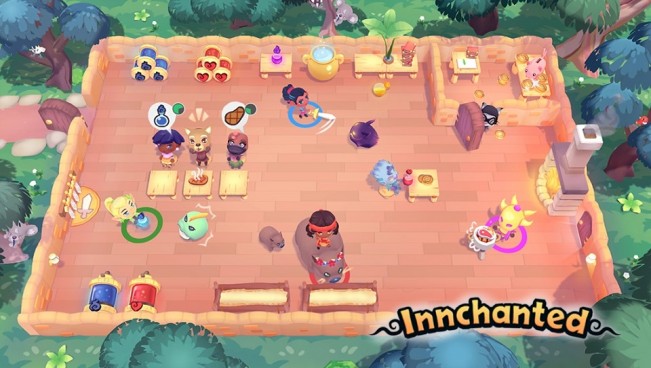 Previously known as Chaos Tavern when we checked it out at PAX AUS last year, Innchanted has players running a magical tavern with an elvish clientele. Work together as a team of up to four (can also play single player), players serve food, drinks, and potions to the fantasy themed customers. New features such as being able to assign companions (when four human players aren’t playing) to specific tasks, monsters that disable equipment and more of a story arc during the evening phase, show that the developers have built on an already enjoyable game.
With similarities to Overcooked, this co-op game can become quite frantic as you progress through the levels. New mechanics and recipes are added as you progress which keeps the game fresh. The visuals have a cute and colourful Animal Crossing feel to them as your characters run around serving customers and fighting off invaders and thieves. Upon completing each day, the takings can be used for upgrades for both your characters and the tavern. Multi-tasking and co-operation are key in this family friendly game.

Ghostrunner – All In! Games

Bathed in the dimming neon glow of a post-apocalyptic megastructure, Ghostrunner puts players in the shoes of a katana-wielding cyber ninja with one simple mission: get from the bottom floor to the top one and take out anything that gets in your way. With a number of tools and the ability to slow time at his disposal, speed is the name of the game. Each encounter looks to be a challenging puzzle of positioning, and, when death comes with one hit to both enemies and the player, every inch counts. In our interview, the developers stressed the importance of making death feel deserved, with a great deal of attention paid to making sure players can clearly read and manoeuvre through each enemy engagement. While the action certainly looks wildly entertaining, it’s not all about the slicing and dicing. There’s a full story here, too, and while I wasn’t privy to many of the plot details, it sounds like giving players a narrative reason to play is just as important for the development team as hooking them with gameplay. Look for Ghostrunner to drop on October 27th. 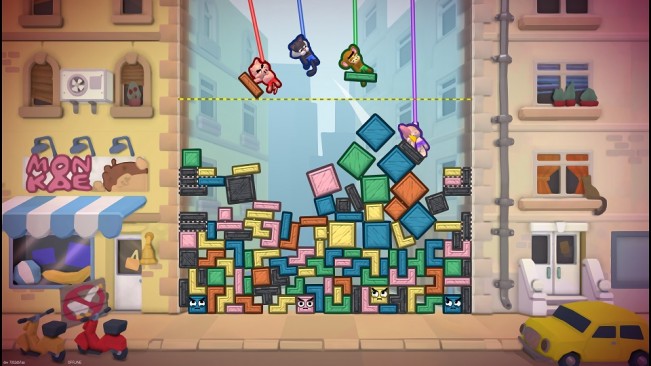 Tetris-style couch game where plyers are given coloured pieces and need to join four of the same coloured pieces together in order to save the creatures trapped inside. The difference between this and Tetris is that your characters are tethered to a bungee cord and must spring down to place their piece more accurately. With a limited timeframe in which to place the shape, it can get pretty stressful as you navigate your way to the optimal location.
Playable as a couch co-op Story mode with up to four players, Versus or Team Versus, there is heaps of fun as each of the levels introduce new mechanics to the game and provide new challenges. Controls are simple enough for gamers of all skills, but learning advanced techniques will be advantageous. 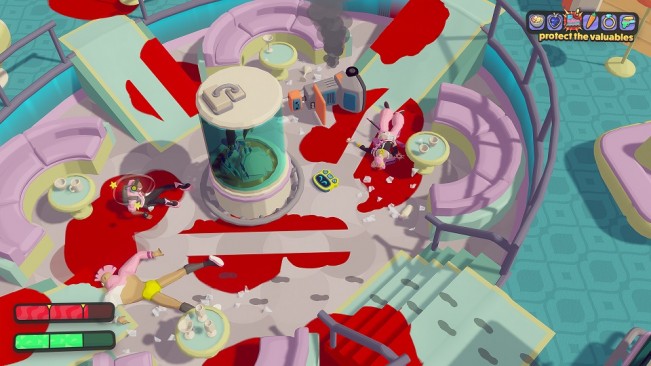 After being trampled and thrown around, a Roomba style vacuum wants revenge on those who perpetrated the crime. The vigilante vacuum can use a number of ingenious ways in which to seek justice.
Being a vacuum means that you can suck in objects and then fire them out at your enemies, but the robotic cleaner is also wired into the network and can remotely hack into and control other devices around the house in order to knock off the dangerous assassins. Turn on an oven and roast an unsuspecting foe, or slam shut a sliding door as someone walks through, severing them in half. There are loads of fun ways in which to gain revenge. But, after each level is complete and all enemies taken care of, the robot cleaner, must clean up their own mess.

A Glass of Adrenaline